is a major thoroughfare located in Jakarta, Indonesia.

The two streets with its canal, the Batang Hari (formerly the Molenvliet), connected Glodok and Kota Tua Jakarta to the north with Harmoni Junction to the south. 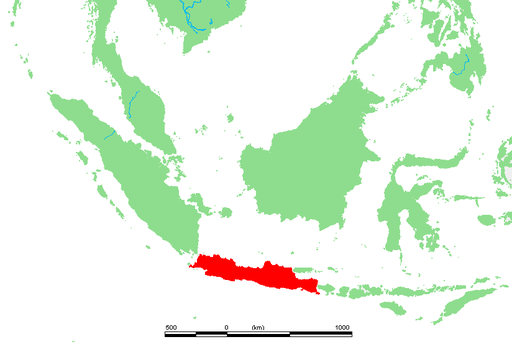 Location of Java
edited by M.Minderhoud

was one of the former landmark of the Molenvliet, a 17th-century built canal located in Batavia, the Dutch East Indies (now Jakarta, Indonesia). 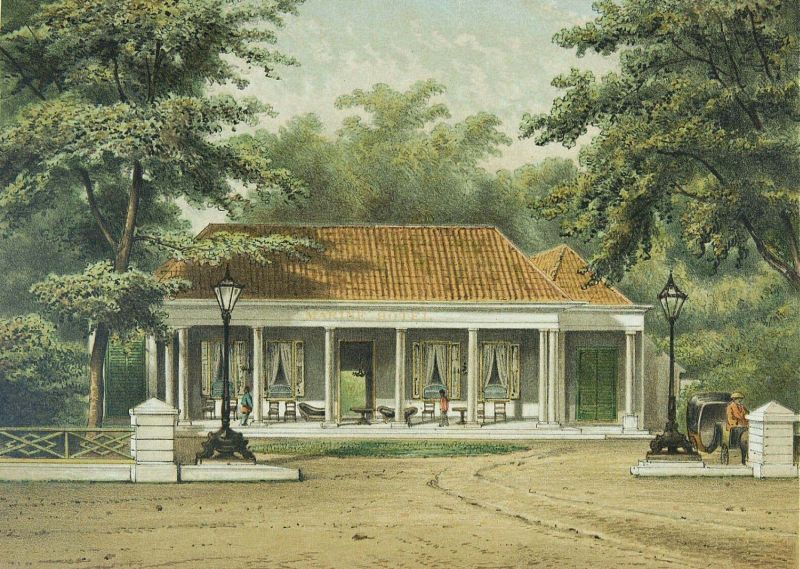 Marine Hotel was located at the south end of Molenvliet West (now Jalan Gajah Mada), approximately at the location of the old building of Bank Tabungan Negara.

The building has been demolished.

The building of Marine Hotel is an archetypal Dutch Indies Empire style which can be found in many places in Jakarta. The building had a symmetrical layout, with north and south wing flanking the main building. It contains a relatively spacious front terrace (voorgalerij) where wooden furniture were placed for pleasure activities and relaxation. Row of Greek columns decorates the front portico. Large windows at the front provides cross ventilation into the interior.

Before the hotel, there was a small VOC fort constructed in 1656 presumably to guard the southern end of the Molenvliet. In the mid-1680s, improving security in Java following the subjugation of the Banten Sultanate means that fortification was not needed any longer and so in 1697 the fort was vacated. The fort was later demolished in 1729. Following the massacre of the Chinese incident in 1740, a new security post was installed approximately at the same location. This new post would only be demolished under the governorship of Governor General Herman Willem Daendels in 1808-1809. Remnants of the old fortification could still be seen as of 1815.[1]

In 1815, Jan Tiedeman bought the site for 4,150 Spanish piastres. He built a large house on it, although it is not clear whether his house was the same building of what would be Marine Hotel. Before 1819, the plot – together with the house – were sold to Pieter Willem Helvetius van Riemsdijk for 32,000 Spanish silver piastres.[1] This house has been reestablished as a hotel at least in the early 1830s. Pieter Christiaan Stelling (born 1794 or 1795), listed as an innkeeper at Molenvliet in 1832, bought the building of the hotel in 1833. Stelling died in 1836 and his widow sold the hotel to Hendrik Loust in 1853.[1]

In the 1850s, the growing popularity of studio portraits created a market for itinerant photographers around the world. L. Saurman, an itinerant photographer for commercial advertising, who had earlier worked in Singapore, visited Batavia in early 1853 and operated the Saurman’s Daguerrian Gallery from the Marine Hotel.[3] His advertisement for his Daguerrian Gallery in a local newspaper was the first known advertisement by a commercial photographer in Batavia.[4]

In 1861, Marine Hotel was sold to Cornelis Kramers. When Kramers died, his widow sold the hotel to Eugene Achille Bonnet in 1867. Bonnet may have briefly been the resident chef of the hotel, but he died in 1868. Two years later in 1870, his widow sold the hotel to Europe Honore Girardeau. Girardeau was the managing partner of Batavia’s famous bakery Leroux & Co.. Girardeau died in 1875, and so the hotel was managed by his widow and four children until 1888. In 1888, the family sold the property at auction, and so the building ceased to be a hotel. The building became the headquarter of the Burgersocieteit („civic club“) „De Club“ for a brief period until it was decided to demolish the building in 1890.

Over it, the cooperative department store Eigen Hulp was constructed[1] which was later demolished to make way for the Postspaarbank. Postspaarbank became the Bank Tabungan Negara Office following the independence of Indonesia.

was an inventor and pioneering English photographer.

He was one of the earliest photographers in Australia and the Dutch East Indies (now part of Indonesia).

He also patented numerous inventions relating to various aspects of photography, his best-known innovation being the woodburytype photomechanical process.

Walter B. Woodbury was born in Manchester, England on 26 June 1834.[1] As a student of a civil engineer in Manchester he constructed his own camera obscuras from cigar boxes and eyeglass lenses.[2]

Photography in Australia, the Far East, Java and London

In 1851 Woodbury, who had already become a professional photographer, went to Australia and soon found work in the engineering department of the Melbourne waterworks. He photographed the construction of ducts and other waterworks as well as various buildings in Melbourne. He received a medal for his photography in 1854.[3]

At some point in the mid-1850s Woodbury met expatriate British photographer James Page.

In 1857 the two left Melbourne and moved to Batavia (now Jakarta), Dutch East Indies, arriving 18 May 1857, and established the partnership of Woodbury & Page that same year.[4]

During most of 1858 Woodbury & Page photographed in Central and East Java, producing large views of the ruined temples near Surakarta, amongst other subjects, before 1 September of that year.[5] After their tour of Java, by 8 December 1858 Woodbury and Page had returned to Batavia.[6]

In 1859 Woodbury returned to England to arrange a regular supplier of photographic materials for his photographic studio and he contracted the London firm Negretti and Zambra to market Woodbury & Page photographs in England.[7]

Woodbury returned to Java in 1860 and during most of that year travelled with Page through Central and West Java along with Walter’s brother, Henry James Woodbury (born 1836 – died 1873), who had arrived in Batavia in April 1859.[8]

The firm sold portraits, views of Java, stereographs, cameras, lenses, photographic chemicals and other photographic supplies. These premises continued to be used until 1908, when the firm was dissolved.[9]

He photographed in Australia, Java, Sumatra, Borneo and London.[10]

Although individual photographers were rarely identified on Woodbury & Page photographs, between 1861 and 1862 Walter B. Woodbury occasionally stamped the mounts of his photographs: „Photographed by Walter Woodbury, Java“.[11]

Return to England and further endeavours

In late January or early February 1863, Woodbury left Java to return to England, because of ill health.[12]

Having returned to England, Woodbury invented the woodburytype photomechanical reproduction process, which he patented in 1864.[13]

Between 1864 and 1885 Woodbury took out more than 30 patents in Britain and abroad for inventions relating to balloon photography, transparencies, sensitised films and improvements in optical lanterns and stereoscopy.[14]

Walter B. Woodbury died on 5 September 1885[11] while on holiday at Margate, England. He was buried at Abney Park Cemetery in Stoke Newington, close to London, where his family memorial stands to this day.

This site uses Akismet to reduce spam. Learn how your comment data is processed.